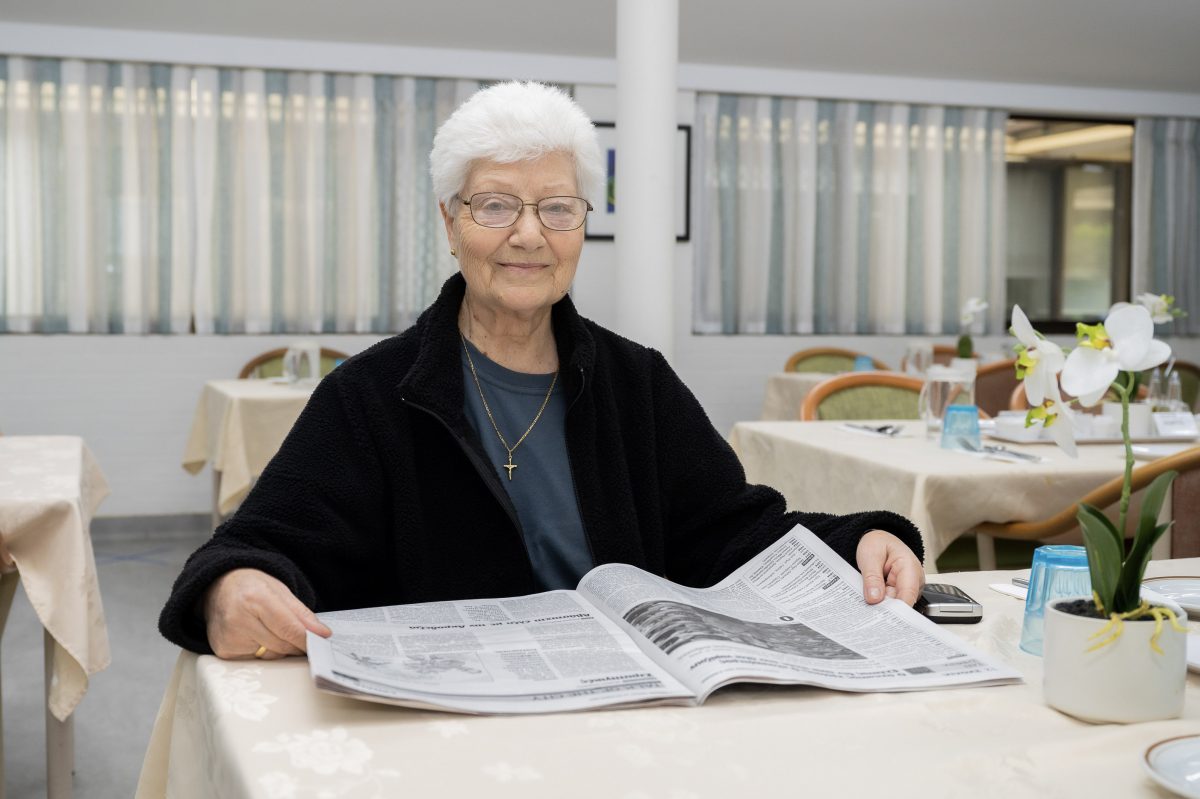 From heartache to hope: Despina’s story
St Basil’s Lakemba resident Despina Vitsakos has endured unimaginable heartache in her life, but in recent times, has found a new cause for happiness through connecting with her long-lost grandchildren.

Most of us will face hardship of some description in the course of our lives. If we’re lucky, it will make us more resilient and compassionate, and possibly deepen our spirituality. In the case of St Basil’s Lakemba resident Despina Vitsakos, 75, heartache has overshadowed much of her life, and made her the strong yet kind person she is today.

Shortly after emigrating from Greece to Australia in 1969, she met her husband and fell pregnant. What should have been a joyous chapter of her life quickly turned tragic, when she was parted from her newborn daughter soon after giving birth, her husband having given her up for adoption without Despina’s consent.

“Even the day I gave birth he kept his intentions from me,” she tearfully recounts. “At the start they told me the baby had cancer on its cheek and would stay in hospital until it was better – which was a lie. Later, I was told the baby would remain in hospital and be put up for adoption because my husband didn’t want it.”

Heartbroken and miserable in her unhappy relationship, Despina wanted to return home to Greece, however her husband destroyed her passport so she was unable to leave him. She later fell pregnant again, and he forced her to abort the baby at four months.

“Day and night I would pray to the lord to give me strength,” Despina recounts. “I didn’t have anyone in the world so I just kept going, that’s all I could do.” It’s hard to comprehend the suffering Despina has endured, although you get a sense of its magnitude when she explains, “I’ve been crying for 50 years.”

Having pined for her daughter ever since losing her, Despina was finally able to begin the process of trying to locate her in early 2020, after her husband was in a car accident, and she could finally act without requiring his signature. A friend of hers (the wife of a Greek Orthodox priest) was instrumental in helping track down her daughter, but sadly it was too late. It came to light that her daughter, whose name was Lisa Marie, had passed away two years prior from cancer. Despina later learned that Lisa Marie had tried to find her parents back in 1992, however there were sadly no avenues at the time to make this possible. 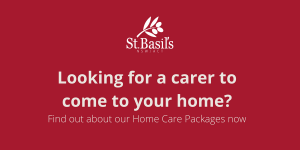 The unexpected silver lining was that Lisa Marie had left behind two daughters – Alexis, 13, who is still at school and Caitlyn, 27, a paralegal. While she candidly admits she’s still “warming to the idea” of being a grandma and was yet to meet her grandchildren in person due to covid, she’s had phone conversations with both girls, and they have sent her photos of themselves and their late mother. When questioned about her advice for others going through tough times, Despina reflects “I wish that they find everything that they are searching for, and that the good lord takes care of them.”

Indeed, spirituality is a big part of Despina’s life. “I do my prayers and my cross every day and thank the lord that he has given me a roof over my head and I have found stability and love in these walls,” she says.

According to Dimitra Bousgas, Customer Service Officer at St Basil’s Lakemba, the staff feel equally fondly about Despina. “She’s a really nurturing, sociable person and she’ll walk the halls and the grounds every day and greet everyone,” says Dimitra.

“She also enjoys cooking and gardening activities and feeding the birds on her balcony.” It’s the small, simple pleasures like these that often give life the most meaning, and as Despina starts a new chapter in life – as a grandmother, it’s set to be a happier one for her.